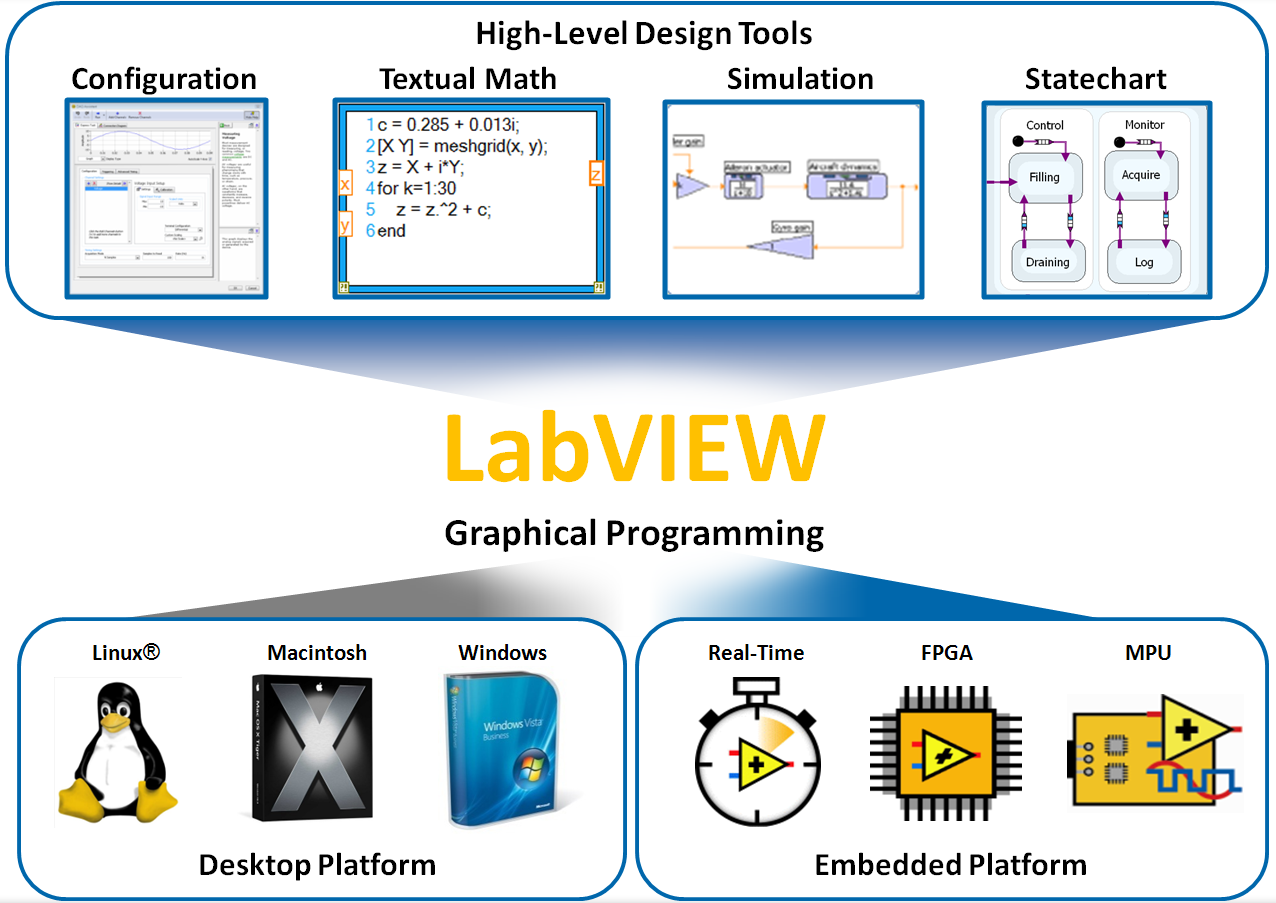 LabVIEW is a graphical programming system from National Instruments (NI). It includes tools that engineers and scientists can use to create a multitude of applications in much less time. The development environment thus facilitates the solution of complex tasks, increases productivity and promotes innovation.

Key Consequence LabVIEW’s graphical programming is the ease with which LabVIEW can program parallel operations. The front panel of LabVIEW is a very convenient way to build programs with a good graphical user interface. For all programming work in LabVIEW, the programmer does not need to enter any text, except annotations of design elements. The graphical representation of the program flow increases readability at least for projects that are not too extensive. In particular, natural scientists and technicians usually understand the logic of the program quite quickly and can adapt software to their specific needs. The extensive function libraries, which are supplied with the license, cover in particular the data analysis and mathematics very extensively. But the control of additional (also external) (measuring) devices and system functions is well solved. The supported communication protocols and connection techniques make it possible to control and use even remote devices (eg in inaccessible places or in other countries). LabVIEW also enables the programming of microcontrollers and DSPs included in National Instruments instruments since version 8.6.1. It also supports some real-time operating systems. As of version 2009, LabVIEW offers the ability to program multi-core processes and FPGAs in parallel and access wireless technologies. (Source: NI, Wikipedia)
LCM AND LabVIEW

We use the programming system LabVIEW in many ways. However, major focus areas include test bed, test environment development, interface programming (Driver) and the development of hardware which facilitates control by LabVIEW. As LabVIEW programming experts we can offer the following services: