22 % of all mining accidents in the US are caused by limited visibility. This is according to studies by the Mine Safety and Health Administration (MSHA). There are also further potential dangers. For example, different tasks require the full attention of machine operators and support personnel so that there is a high probability of operators putting themselves or others at risk. A universal waning system should minimise these risks.

As part of the FEATureFACE project, a new concept for a collision protection system was developed which should make it easier to comply with future guidelines in this sector. The system integrates numerous technologies so that it is more precise and more reliable than the systems available up until now. The initiative was sponsored by the Research Fund for Coal and Steel, the RFCS, while LCM brought its experience in the area of positioning systems to the table. An alternative was sought to the electromagnetic systems previously used, as these could sometimes be unreliable. Sound propagation was chosen as an additional physical principle. On this basis, a positioning system (Sound Based Location System, SBLS) was developed that is capable of precisely locating mining personnel in the vicinity of machines,even when visibility is limited to a few centimetres. 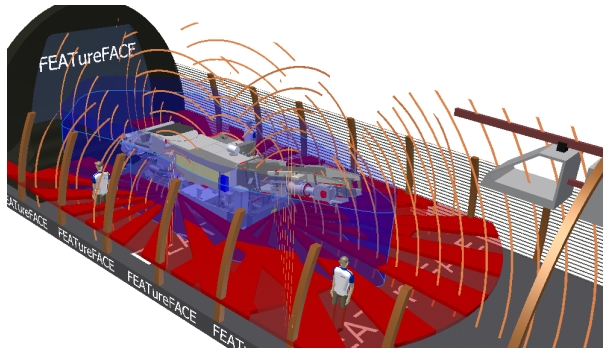 Tests in the Recklinghausen training mine confirmed functionality, even in the presence of strong environmental noise. Meanwhile, the system has been expanded by LCM from its original format of 2D operation to 3D localisation. The fact that this acoustic system came first place at the “Microsoft Indoor Localization Competition 2016” also demonstrates the superiority of the selected approach.