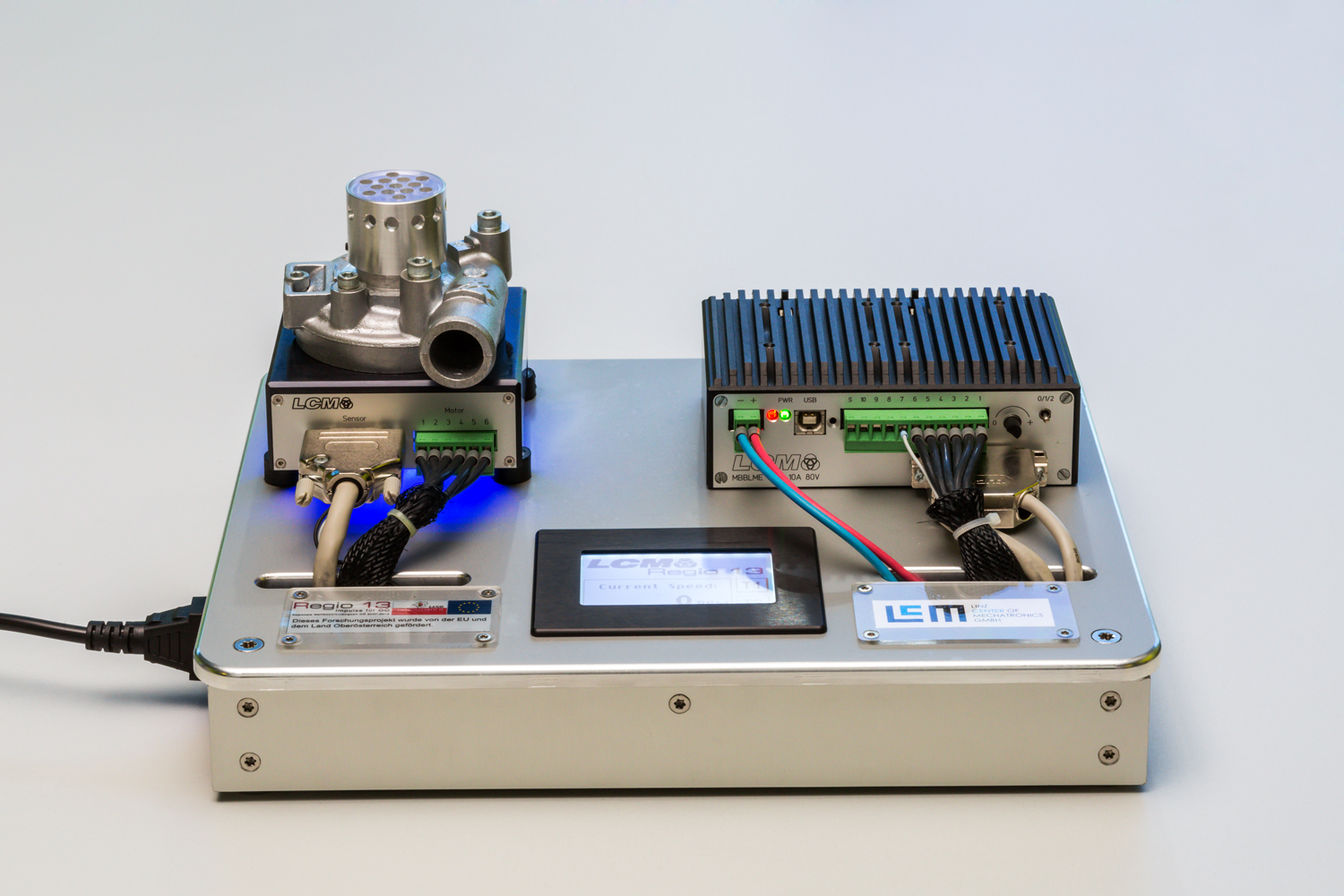 The trend in modern drives is toward smaller and more light-weight systems. Due to higher rotational speeds, small drives can produce the same power as large engines. However, mechanical bearings restrict both the achievable speed and the life time. The Linz Center of Mechatronics GmbH (LCM), achieved as part of their research in the Regio13 project “hotspot”, a world record in the field of bearingless motors.

“DOWNSIZING” AS A KEY FOR SUCCESS

Since years, a trend in conventional motor vehicle engines can be observed, small motors which have at least the same output as large motors. Especially for high-speed motors in industrial applications – eg milling or grinding spindle drives, turbo compressors, vacuum pumps and centrifuges. This is a research challenge. Lightweight, compact systems that deliver their power due to high speeds rather than large structural volumes, thus saving weight and material costs, are the future.

Conventional mechanical bearings are limited especially in the rotational speed and thus in their performance. In addition, the loss at high speeds is very large, resulting in both increased maintenance costs and shortening the life time of the motor.

Therefore LCM performed research in the area of high-speed bearingless motors as a part of its Regio13 project “hotspot”. The results of this research broke a world record!

WORLD RECORD MADE IN AUSTRIA

In bearingless motors, the motor winding is for both the drive and the magnetic bearing. This allows an almost unlimited mechanical life time and avoids friction losses or contamination because of lubricants.

LCM takes advantage of the bearingless motor to move into a new dimension of performance. In the past, the technology of bearingless motors has been mostly applied only to systems up to 15.000 rpm. After extensive planning and simulation, LCM`s researchers built a laboratory prototype. With this prototype a world record with 115.000 rpm was succeeded. The optimized scheme and a special engine winding is the recipe for success. The winding is characterized by simplified feasibility and a saving of 21% of the required volume of copper.

Through the speed range completely new applications, such as high-efficiency heat pumps arise. The respond from various sectors of industry is large and shows the potential and relevance of this development.

For further information do not hesitate to contact us!