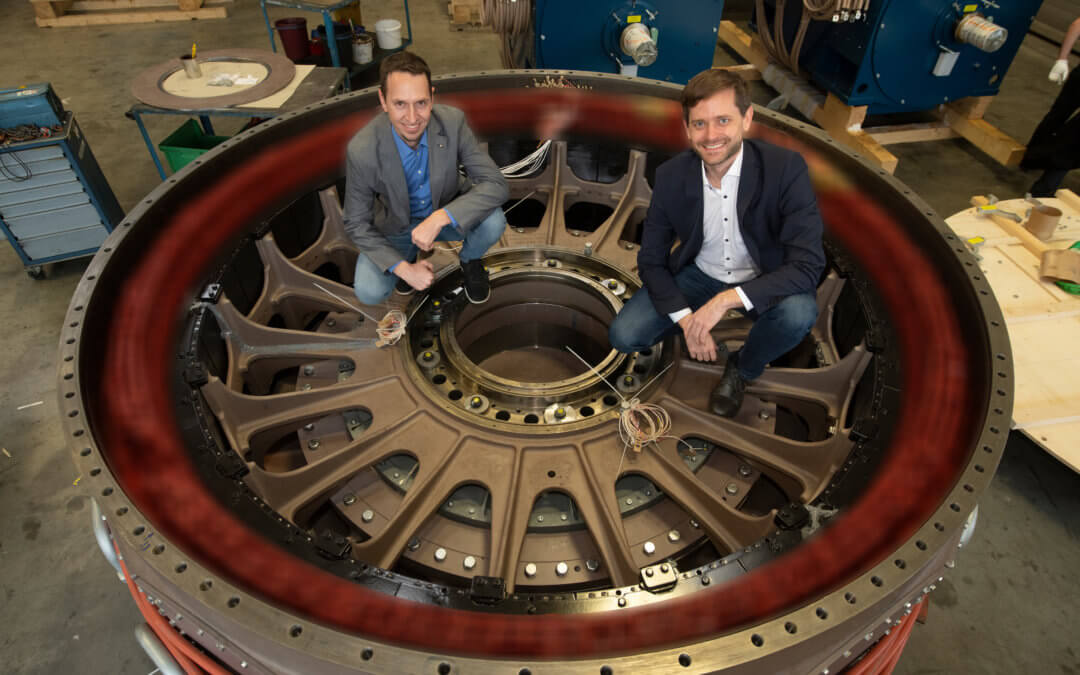 LCM provided the Voith Group with significant support in the development of an electric “Voith Schneider Propeller” (eVSP) and thus contributed to the energy transition in shipping. The LCM drive was optimized by means of “multi-target variable optimization” (rotor, stator, winding system).

A first major order from the Norwegian shipping company Østensjø underlines how efficient and marketable the electrification of this ship’s propulsion system has become. To achieve the emission targets, Østensjø has ordered eight electric VSPs (eVSP) from the German technology group Voith. The first two motors have already been manufactured in the factory of the subsidiary ELIN Motoren in Weiz (Styria) and are currently being installed in a Spanish shipyard in a service ship for maintenance work on offshore wind turbines.

From high complexity to a Pareto-optimal solution:

Target values such as the total weight of the permanent magnet synchronous motor, the copper mass of the coils, the magnet mass or the axial lengths should be minimized, while the efficiency and the power factor should be maximized. “Because this is a highly complex calculation with several thousand variants, our computing cluster needs four to five days for the calculations, despite intelligent optimization algorithms,” explains Hubert Mitterhofer, Business Area Manager Drives at LCM. The result is then a Pareto-optimal solution set, the sum of the best solutions: No parameter can be further improved without worsening another. “In this way we were able to improve practically all parameters of the original design,” says Mitterhofer. The simulation of the losses in the winding and in the rotor was particularly tricky because it creates heat loss that is difficult to dissipate and shortens the service life of the motor. “Especially with these marine engines, which have been in use for decades, the engine temperature must not exceed a defined limit value during operation. To do this, we have to calculate the motor bin in the smallest detail,” explains LCM project manager Ralf Kobler. “This requires a deep insight into the overall drive. The close coordination between Voith, ELIN and LCM is therefore a key to success.”