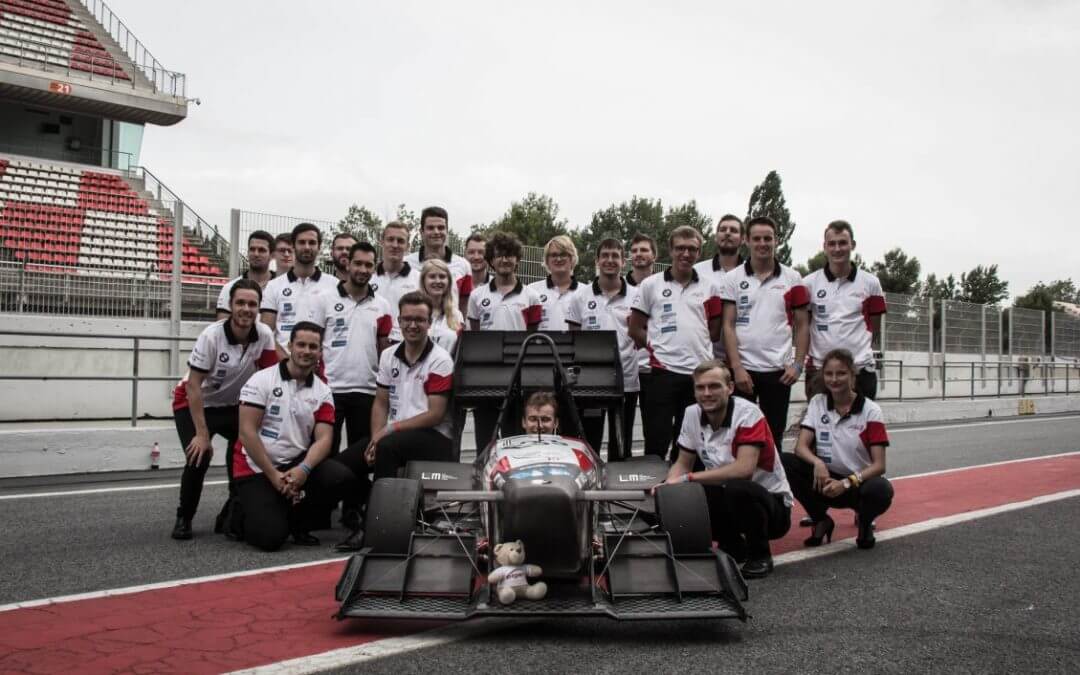 The developers of the Linz Center of Mechatronics GmbH (LCM) were delighted when less than a year ago the “Akademische Motorsport Club Zürich (AMZ)” approached them with the challenge to realize an active chassis of their racing car. The AMZ has been developing race car prototypes since 2006, which compete with teams from around the world in the Formula Student. LCM has implemented the active hydraulic chassis in the race car and the AMZ has won the Formula Students with this racing car in 2018. The race car including active suspension is from 28.2. until 1.3.2019 at the Digital Fluid Power Conference (DFP19) in the Science Park in Linz.
The Formula Student is an international design competition where student teams from around the world compete against each other with self-constructed and manufactured race cars. AMZ has been developing race car prototypes with engineers from ETH Zurich since 2006, at the highest technical level. In 2018, the experts at LCM got involved in the implementation of an active, hydraulic chassis.The advantages of an active chassis are obvious. The suspension increases the grip of the tires by permanently adapting the chassis to any driving situation and thus creates the decisive advantage in the fight for every second.The starting point for the LCM experts was the race car of the preseason on which the new concept for the switchable active, hydraulic chassis had to be designed.
The system is formed by a single-wheel suspension with warp decoupling, active chassis position control and camber and is individually navigable with a sophisticated hydraulic drive and control concept. And all so energy efficient that a 500W pump unit is sufficient to power the system despite its high dynamics.
From 28.2. to 1.3.2019, experts in digital hydraulics from around the world will meet at the Digital Fluid Power (DFP) in Linz to present such and many other new developments in digital hydraulic drive technology. The DPF is a two-day workshop dealing with the topics of digital hydraulics. The workshop will be hosted by the Institute of Machine Design and Hyraulic Drives, Prof. Dr. Scheidl, from Johannes Kepler University for the tenth time. The main sponsor of this event is the Linz Center of Mechatronics GmbH, which, with its competence center Symbiotic Mechatronics, is successfully involved in the symbiosis of hardware and software technologies in the machine environment. At this top-class event, the described racing car is exposed.
Picture credits: AMC Racing
Share this information