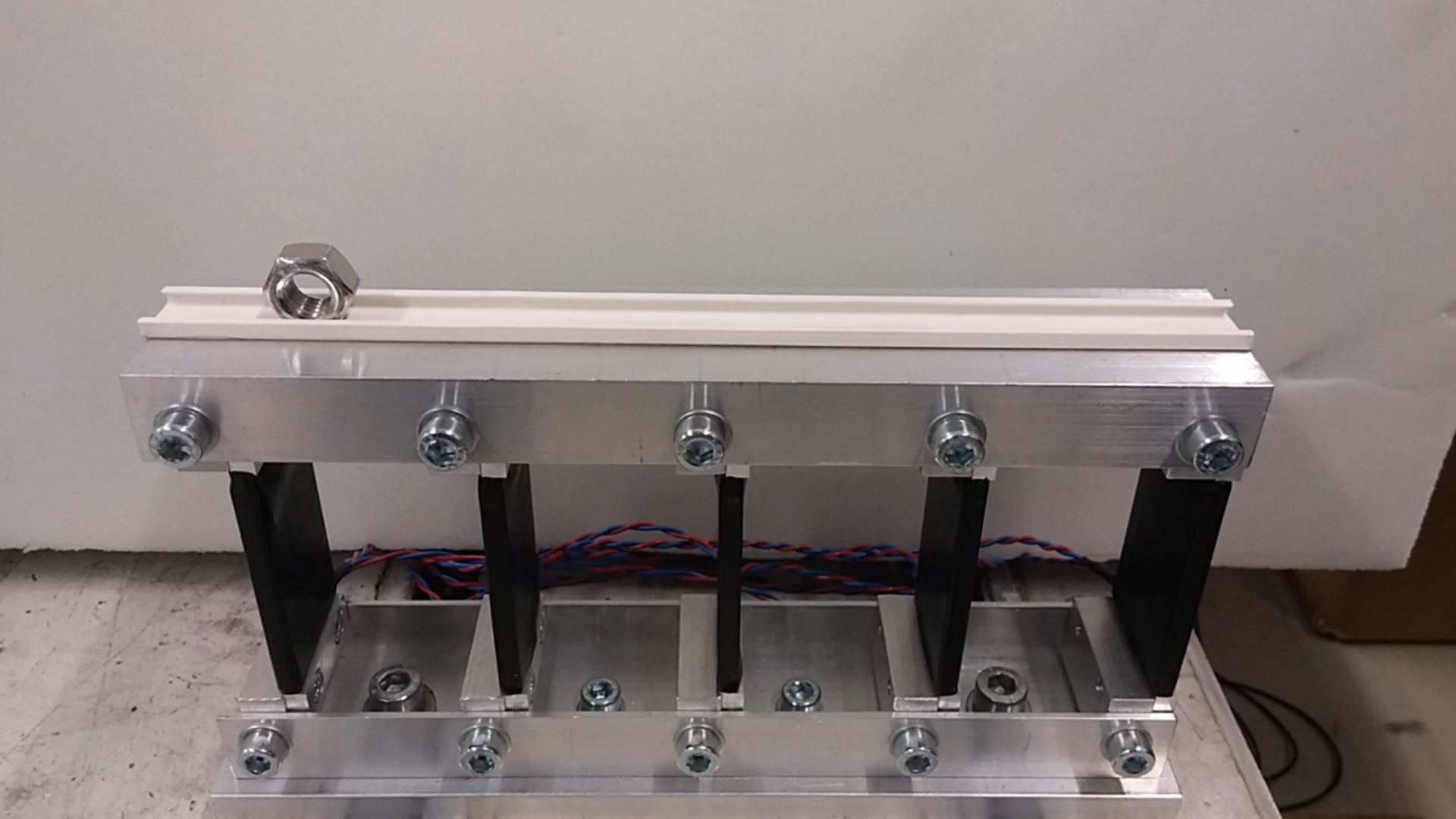 Vibratory conveyors have been used for a long time in the industry for the transport of small parts and granular material. Through the rhythmic movement of the feed surface, the goods being transported are moved along a little bit further with each vibration. Traditionally, vibratory conveyors are operated at resonance frequency. They have a very high unladen weight so that the weight of the goods being conveyed only account for a small portion of the total weight. This ensures that the resonance frequency is not disturbed by the weight of the goods being conveyed and that the conveying capacity is not reduced. Drives used include unbalanced motors or oscillating armature motors.

Change of direction possible when conveying in sliding operation

The design in detail:

The vibratory conveyor basically consists of 5 vertical columns made from aluminium, which have Piezo patch transducers affixed on both sides. Applying a suitable voltage signal to these Piezo actuators causes the aluminium columns to become deformed so that the transport surface performs an elliptical motion. Thanks to the special design and the control, it is also possible to reverse the conveying direction and to set the conveying speed as required. It is not necessary to operate the Piezo conveyor at resonance frequency. If the aluminium columns are not vertically assembled, but inclined at a suitable angle, the principle of conveying essentially changes: With vertical columns, the small parts are gently moved forwards (or backwards) via a sliding motion. With slanting columns, the small parts are briefly lifted and thrown in the conveying direction. With this “microjerk” technique, much higher conveying speeds can be reached, but only in one direction.

The new generation of conveyors was developed by LCM and is being optimised by STIWA Automation GmbH for continuous operation.

Technical data of the vibratory conveyor:

Conveying only possible in 1 direction

Much higher forces and conveying speeds than with symmetric structure

The vibratory conveyor can be used anywhere where small parts should be conveyed or positioned.